Perks for the Parents

This whitewashed hippy-deluxe residence with plunge pool is in one of Andalucia’s lesser visited characterful white towns, Vejer de la Frontera, near Cadiz, and sleeps up to 8. Arranged around an inner courtyard and with a garden, roof terrace and plunge pool, it’s in a historic hilltop town of flamenco bars, Moorish restaurants and tapas bars. Price listed is for 4 bedrooms; an additional room is available on request for an extra fee of £200, so the house can sleep a maximum of 8. The roof terrace is always available whether or not the extra room is taken. The property is cleaned midweek with extra cleaning available for a fee, on request.

Why Kids Love it

The house is set up for families, but bear in mind there are some areas where very young children will need extra help and supervision. There is a plunge pool, and the space and bedrooms make it suit 1-2 families traveling together, or a family traveling with an au pair. Family attractions nearby include the wild sandy beaches and dunes at the Cape of Trafalgar, 10 minutes' drive away. A crib is also available, but there is no high chair. The living room has a TV, DVDs, CDs and books (for adults), and some children’s books and board games.

Minimum stay: 7 nights high season (May-September) with flexibility for shorter stays at other times. The rate per night listed is based on a 7 night stay for 6-7 people. Please contact the host for accurate pricing for shorter stays. There is an extra room at the top with a double bed and ensuite shower room available for an extra £150. Please contact the host for further details and accurate pricing. Not recommended for children under 5. The plunge pool is not heated and does not have a pool guard. Stairs are not guarded; there is 1 steep outdoor staircase to the bedroom and another to the roof terrace, which has a small wall around it. Children may need to be supervised on the roof terrace. There are some steps and uneven or hard floors in the property that could be difficult for young toddlers. Reasonably fast WiFi is included; there is also a telephone (pay for usage). Tourism registration number VTAR/CA/01072. All guests over the age of 16 have to supply passport numbers before arrival registered online. Sorry - no dogs allowed.

The residence is in Vejer de la Frontera, a characterful town that is fun to explore, with narrow winding streets and authentic tapas bars. In under an hour, you’ll find Tarifa, Cadiz and plenty of Andalusia’s other famed white towns. The residence is 1.5 hours from Seville and 40 minutes from Tarifa and Cadiz. The closest airport is Jerez (50 minutes); you could also fly to Seville (1.5 hours), Gibraltar (1.5 hours) or Malaga (2 hours). Car hire is strongly recommended. There is no direct parking at the residence but guests can drive up to it to drop off luggage and park nearby.

The property is laid out around an inner courtyard and has a garden with bougainvillea, BBQ, an orange tree, an unheated plunge pool and shaded decks for eating and relaxing. There is a twin bedroom, 2 double bedrooms, a single bedroom and an additional room with a daybed that can sleep a child up to the age of 8. The house is typically rented with 4 bedrooms, and the fifth available on request for an extra fee. Along with the bedrooms, there is a kitchen, dining room and living room. There is no air conditioning; there are a couple of ceiling and free standing fans. The walls are very thick and the house stays cool, and windows have mosquito screens so they can be left open.

This rustic retreat in a non-touristy village is owned by an interior designer and photographer and it shows. Bedrooms are romantic and rustic with white walls, colorful throws, draped muslin mosquito nets and a 4 poster bed. Beautiful Moorish touches include hanging stained glass lamps and tiled floors. We love the rustic, romantic character, from the cobbled stone floors to the studded front door, beamed ceilings and shaded, bougainvillea-filled garden.

Please note that cleaning is included. There is a surcharge of £50 per person for over 6 guests aged 2+.

There is no damages deposit - the host trusts that any damages will be paid for or replacements will be bought.
Cancellation policy
Any cancellations made 12 weeks or less from the start of your holiday will be charged at the full rate,unless we can re-book those dates, in which case we will refund the full amount minus the deposit amount. The deposit is non refundable.

All cancellations are subject to a €150 Kid & Coe admin fee. 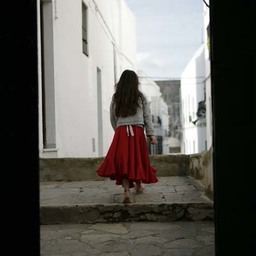 Christina W.
Contact Host
we discovered this rambling atmospheric Spanish home 20 years ago and have brought all our 3 children here every year - they see it as their second home. suffolk is a new discovery and the atmospheric georgian cottages have been renovated to provide a comfortable stylish space to explore an unspoilt beautiful coastline.

Erika B.
Christina's home was amazing. One of the most beautiful homes we have stayed in. The most wonderful decor, views... truly astounded me. Her insider tips for the area were also very helpful. And then there's the wonderful town of Vejer. Dreaming of when we will go back....

Nestled on Spain’s westerly peninsula, an hour and a half’s drive south of Seville, and two hours west of Marbella, the aged city of Cádiz is surrounded almost entirely by water. Spend time wandering dark Moorish cobbled streets, dining on seafood in sunlit squares, being splashed by the Atlantic as it crashes against the eroded sea walls and playing on beaches. Kids will love the climbing the Tavira Tower, taking a boat trip to spot dolphins and orca chasing migrating tuna, and exploring the nearby World Heritage Site of Doñana National Park. 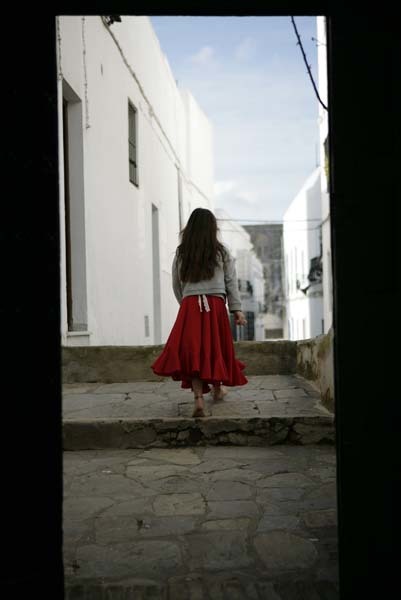 Aloha! in order to contact property owners about a house swap, you will need to join the Kid & Coe Home Exchange.
I'M ALREADY A MEMBER CLICK HERE TO SIGN UP